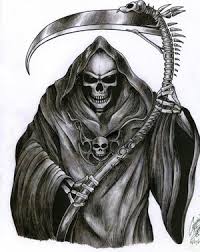 Last week, testifying before the House state and foreign operations subcommittee, Rajiv Shah, USAID Administrator, had this to say:

“We estimate, and I believe these are very conservative estimates, that H.R. 1 would lead to 70,000 kids dying. Of that 70,000, 30,000 would come from malaria control programs that would have to be scaled back, specifically. The other 40,000 is broken out as 24,000 who would die because of a lack of support for immunizations and other investments, and 16,000 would be because of the lack of skilled attendants at birth.”

Spending cuts DO have consequences!  USAID estimates that reductions proposed in the 2011 House Republican budget would prevent 3 million malaria treatments. Because the disease is misdiagnosed about half the time, this means about 1.5 million people in need of treatment would not receive it. About 3 percent of untreated malaria infections progress to severe malaria — affecting 45,000 children. Of those children, 60 to 73 percent will not survive, yielding 27,000 to 30,000 deaths. This does not take into account the 2.8 million children who will go unprotected by bed nets and insecticide spraying. Similar estimates can be made concerning cuts to immunization programs.

Fiscal conservatives tend to justify these reductions as shared sacrifice. But not all sacrifices are shared equally.  The GOP may claim to be “pro-life” and refuse to fund Planned Parenthood because a very small percentage of their budget goes toward helping those seeking abortions find such a solution, but defunding this program points out the absurd hypocrisy  of their purportedly pro-life agenda.  This is about as UN-life as you can get … killing funding that will ultimately result in the death of some 27,000-30,000 children.  The only question that remains to be asked is, given their stance on various immigration issues, did the race of those being helped factor into the GOP’s decision to cut funding?