— by Rollie Williams, on Upworthy

I’m not sure which show makes more sense to be on Comedy Central. Jon Stewart is a pretty funny dude, but smart money says the real comedic geniuses are working at Fox News (buried deep inside the subconsciouses of the Fox anchors). 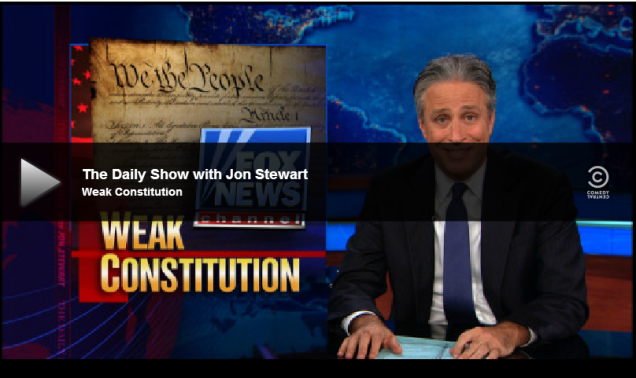 For reference, the first 10 amendments are: