Have you ever wondered why Congress takes (or don’t take) the actions they do?  Are they taking the OPPOSITE action of what you want them to take?  Well, one has to ask, “did you contact your Congressman (or woman)?  Probably not!  As you can see in PopVox’s graphic below, they’re hearing an earful from the vocally negative, yet those of us who should be advocating for change are deafeningly silent.  Well hello … if you really want change, make your voice heard! 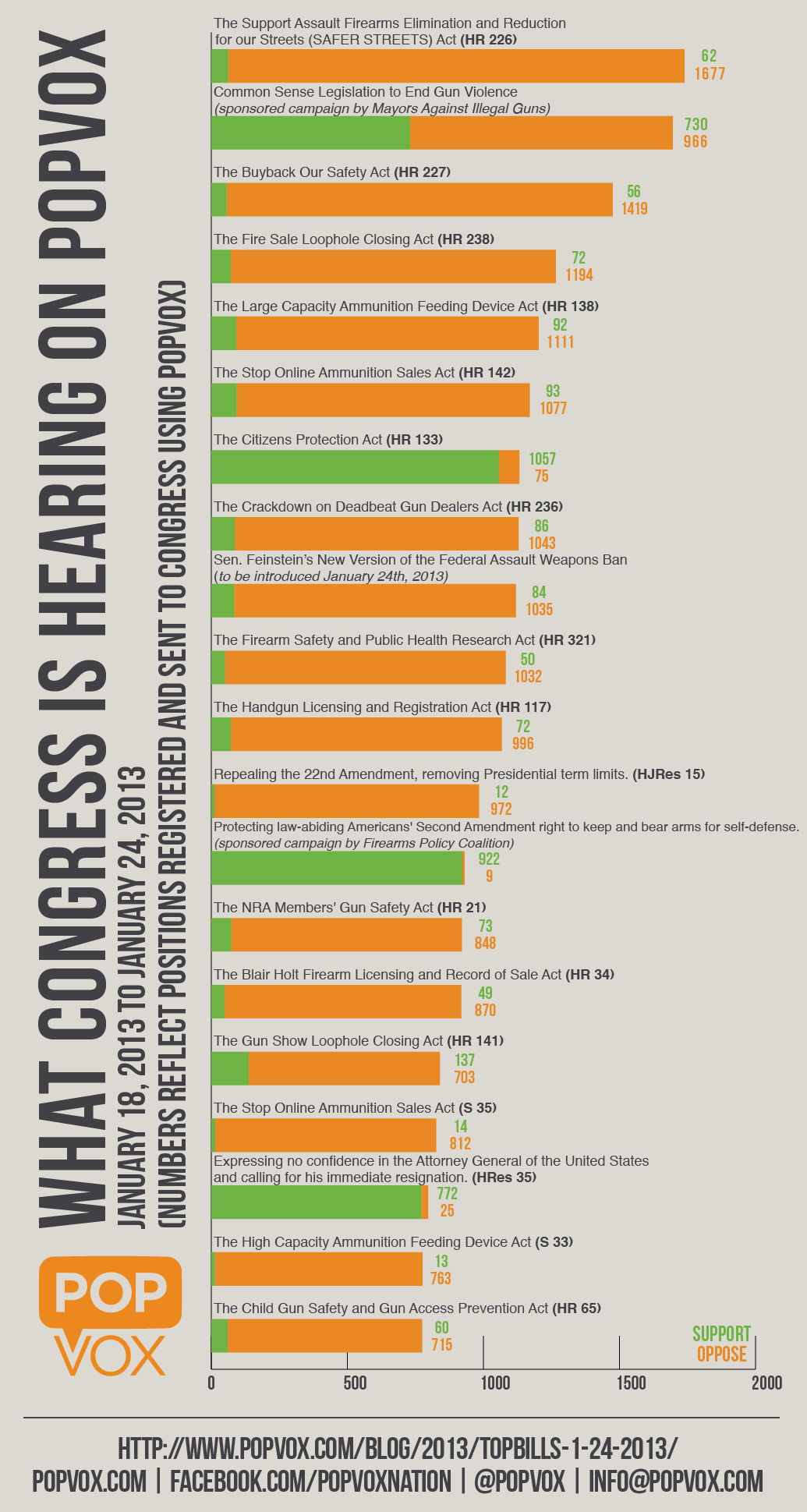 Here’s a few links where you can find more information about these bills: