Why do women need to stand up for themselves at the ballot box? Here is a quick, partial list:

This lack of good paying jobs reinforces income inequality that continues to play a major role in perpetuating existing wealth gaps for women, people of color, and the LGBTQI community. While occupations that traditionally employ high rates of women and people of color include occupations with the most openings, those jobs are more likely to be low-wage. This contributes to existing wealth gaps by diminishing the ability of women and people of color to save and build up wealth.

A strong public infrastructure plan can address racial, gender, and LGBTQI wealth gaps while providing a large number of good paying jobs through a number of mechanisms, such as targeted hiring from struggling communities – including women, people of color, and the LGBTQI community – and strong wage floor requirements. Equally as important are the types of infrastructure projects that are prioritized. Ensuring access to clean water for marginalized communities, for example, must come first while any plan that would privatize public assets must be rejected. 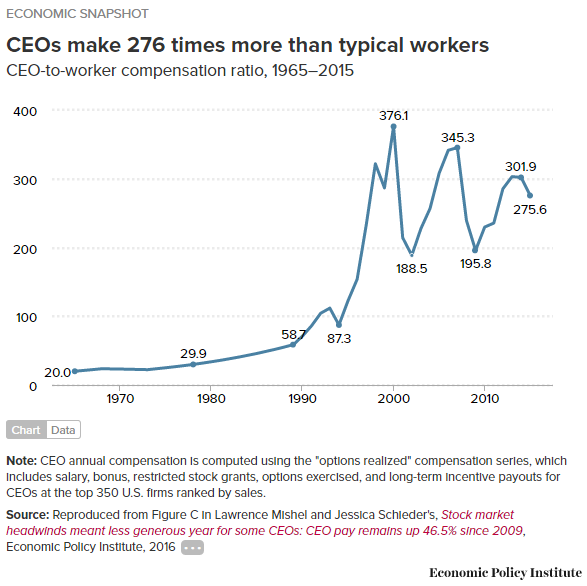 After much chaos and dysfunction, the House of Representatives elected Representative Paul Ryan from Wisconsin to be Speaker of the House. The Republicans have lauded their new Speaker as their “thought leader” who creates the “blueprints” for policies: he was Mitt Romney’s running mate in 2012 and chairman of the Ways and Means Committee. Much of the GOP rhetoric around Ryan’s run for speaker has suggested that he will usher in a new era of moderate, pragmatic, and effective leadership that will be both good for the economy and the American people. Though we hope Ryan can bring sanity to this House of GOP crazies and stop them from holding the government hostage time and again, we’re not holding our breath for a “new day in the House of Representatives.”

Despite GOP rhetoric, the reality of Paul Ryan’s record, including his signature 2014 budget, suggests that his Speakership will be full of the same old, out of touch, extreme Republican policies that undermine working families to help the rich get richer—policies that voters already rejected in the 2012 election. Here are a few reminders of Ryan’s record:

BOTTOM LINE: Though we’d like to hope that Paul Ryan’s new title will cause him to reevaluate his policies and support legislation that will actually help working families, his record of damaging polices creates huge warning signs. If Paul Ryan’s reign as speaker is anything like his record, we’re in for another period of GOP extremism that hurts families, seniors, women, and the economy. But now that the chaos has cleared, Republicans in the House of Representatives should take this opportunity under new leadership to pass policies that support working families, rather than the wealthy few.

The GOP presidential field needs an education, but for the moment their only teacher is Donald T 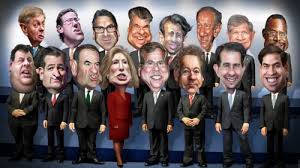 What the GOP Candidates Failed to Mention:

Ensuring Access to an Affordable, Quality Education. Families are finding it harder and harder to access an affordable, quality education. Between 2000 and 2011, the cost of higher education grew three times faster than overall inflation and students are being saddled with debt. However, the Republican candidates were silent on whether they would support measures such as allowing Americans to refinance their student loans and restoring public investment in education. Not only did Republicans ignore the plight of students seeking a higher education, they also ignored the needs of our youngest learners. High-quality public preschool programs range from $6,500 to $11,000 across the country—putting them out of reach for many families. But on solutions like providing universal pre-school, the Republicans were mum.
Raising Wages for Working Families. Higher wages are what working families need most. Instead of seeing their incomes improve, middle class households saw their incomes fall 2 percent between 2000 and 2011. However, the Republican presidential contenders overwhelmingly failed to offer, or support, real solutions that would improve incomes for families, such as raising the minimum wage or reforming overtime rules.

A Plan to Improve Access to Health Care. On a day when new data became available showing that the number of Americans lacking health insurance dropped by more than eight million people in 2014, Republicans once again attacked the Affordable Care Act (ACA) but offered no alternatives. Before the implementation of the ACA, health care costs were skyrocketing. From 2002 to 2012, health care costs paid by a family of four with an average employer-sponsored PPO plan rose by 85 percent. The ACA, however, has helped control rising health care costs. At the same time, the ACA has improved access to health care. Overall, 15.8 million people have gained coverage since the ACA’s marketplaces opened. Republicans, however, have offered no ideas on how to keep improving upon the successes of the ACA, instead continuing to call for repealing the ACA.

What the GOP Candidates Did Say:

Follow Trump’s Lead on Immigration. Trump’s extreme rhetoric on immigration is often credited with putting immigration right at the center of the GOP presidential primary. But at the debate on Wednesday night, several Republican candidates went out of their way to show that they stand with Trump on his extreme positions.

Give Tax Breaks to the Wealthy Few. Several GOP candidates talked about their tax plans and records on taxes at the debate, but their rhetoric was the same rehash of tired Republican talking points: cut taxes on the wealthy to boost the economy. That didn’t work before, and it won’t work again.

Tear Up the Iran Deal. Last night, many of the GOP candidates offered much of the same, similar-sounding bluster we have heard on the campaign trail: tear up the Iran deal on “day one.” Their empty rhetoric presented no real leadership, just more partisan attacks on a tough-minded deal.

BOTTOM LINE: The eleven GOP candidates had an opportunity last night to offer real solutions to the key issues they face. But on education, working families, and health care, the GOP candidates came up empty. Instead, they spent their stage time fighting with each other and catering to the most extreme wing of the Republican Party. What we need are real leaders ready to tackle the problems facing working families, not panderers who are alienating entire communities of Americans.